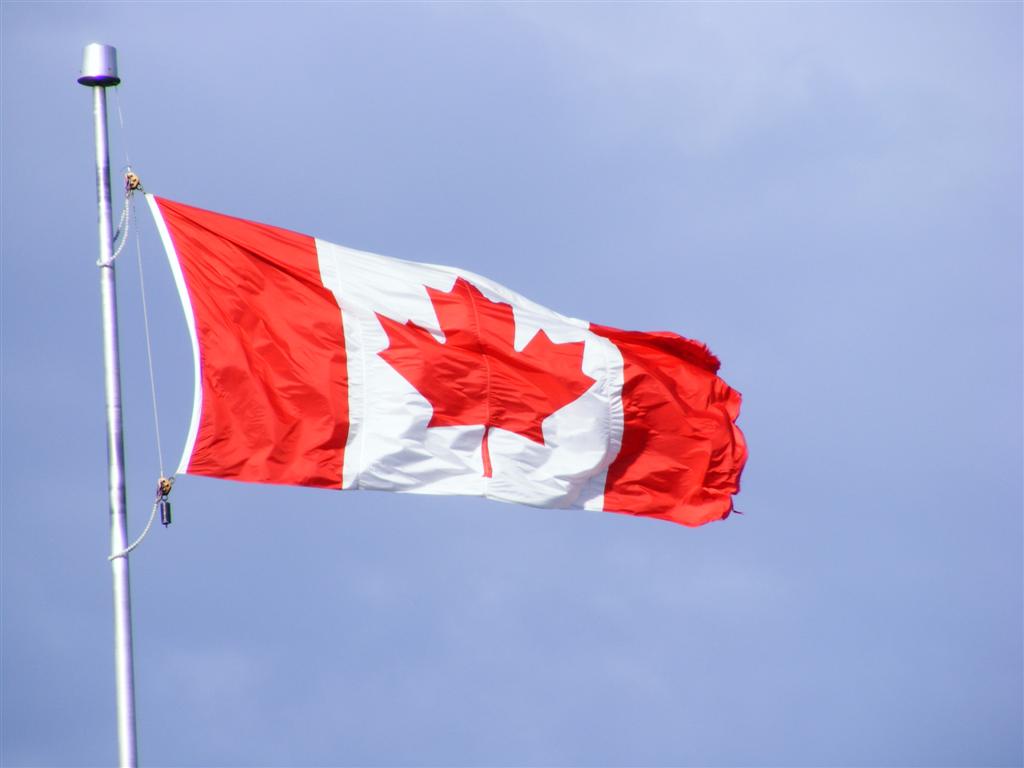 In March 2016, Canada's Federal Government released a new budget, which outlines the fiscal plan for the next year.  If you want to take a look, the budget document can be found here.  Included in the budget are several changes to taxes, tax credits, and benefits.  This article will summarize the changes most likely to impact the average Canadian.

Under this change, every person with taxable income under approximately $217,000 will see reduced taxes.  A taxable income of around $217,000 is the break-even point, after which the higher 33% marginal rate will overtake the middle bracket tax cut.

Income splitting for couples with children will be eliminated by the new budget.  Income splitting applied to couples with at least one child under 18.  They were allowed to transfer up to $50,000 of income to a spouse for tax purposes, potentially saving up to $2,000 in taxes.

Child benefits undergo a major overhaul in the 2016 Federal Budget.  A new program, the Canada Child Benefit (CCB) will replace the two previous child benefit programs: Universal Child Care Benefit and Canada Child Tax Benefit.  The new CCB simplifies child benefits by combining everything into a single program.  It also makes the benefit tax free, and increases the amount of the benefit in general.  Importantly, the child benefit will be targeted specifically toward lower and middle income families.

The low and middle income targeting will be achieved by phasing out the CCB based on family income.  Families with less than $30,000 in taxable income will receive the full benefit; $6,400 per child under the age of 6 and $5,400 per child aged 6 through 17.  Families with income between $30,000 and $65,000 will have benefits phased out at 7% for one child, 13.5% for two children, 19% for three, and 23% for larger families.  For families with incomes over $65,000, the benefit will be phased out at 3.2% for one child, 5.7% for two, 8.0% for three, and 9.5% for larger families.  Basically, the benefits are reduced at a quicker rate when a family has more children.  To help illustrate this phaseout of benefits, the budget document provides several charts.  As an example, the chart for a one-child family is below. 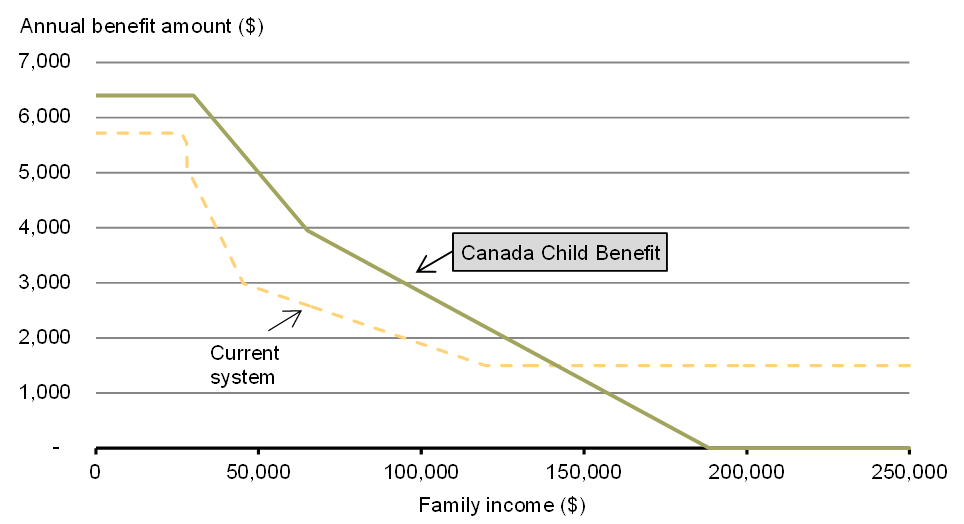 Two smaller child-related benefits are also changed for 2016.  The Children’s Fitness Tax Credit and Children’s Arts Tax Credit are currently worth up to $150 and $75 per child.  This tax credit can be applied on eligible expenses of up to $1,000 and $500, respectively.  For 2016, the credits are reduced by half, and in 2017 will be eliminated completely.

The federal government will increase the grants under the Canada Student Loans program by 50%.  In addition, the student loan repayment threshold will be increased to $25,000 from $20,210.  On the flip side, the government plans to eliminate the education and textbook tax credit in 2017 and commit the savings to other student support programs.  The tuition tax credit will not be affected by this change, and any unused credits can still be transferred to a supporting individual.

The federal budget increases the Guaranteed Income Supplement (GIS) top-up by up to $947.  Seniors with an annual income of about $4,600 or less will receive the full amount per year.  Above this income, the GIS will be gradually reduced until it is completely phased out at an income of about $8,400.  Another change that will benefit seniors is to reduce the age of eligibility for GIS and Old Age Security (OAS) from 67 to 65.

The taxes and tax credits in the 2016 budget are aimed primarily toward benefitting lower and middle income Canadians.  Many Canadians will benefit from the decreased tax rates and the improved child benefits programs.  Though the budget reduced or eliminated some smaller tax credits, for many people this is made up by tax cuts elsewhere.  However, for higher income families, the tax burden will be higher due to the new tax bracket on incomes above $200,000, elimination of income splitting, and the more rapid phaseout of the child benefits programs.  As we approach the filing deadline for this year's taxes, it will be important to look carefully at these changes to make sure you are maximizing your tax return.